Nederlands
Basslessons.be » Transcriptions » Lou Donaldson - If There's a Hell Below
Lou Donaldson - If There's a Hell Below
 Previous
Next 
Musician: Jerry Jemmott
Album: Cosmos
Released in: 1971
Label: Blue Note
Length: 9:03
If there's a hell down below was written and originally recorded by Curtis Mayfield in F#m with a fuzz bass opening the song. In this Lou Donaldson version in Cm , Jerry Jemmott starts with the same (transposed) bass line, but improvises a lot more, which makes it an interesting study of his style of playing. Most of the time Jerry plays the minor pentatonic scale, adding a 2 here and there as a chromatic approach to the b3 (e.g. measure 158) or a passing tone (e.g. measure 102), and a few chromatic passages (e.g. measure 118 & 122). Combine all this and you have to C Dorian scale => C D Eb F G A Bb (e.g. measure 205-206).
More Jerry Jemmott

Comments (0)
Report broken video
Do you want to report this video as broken? 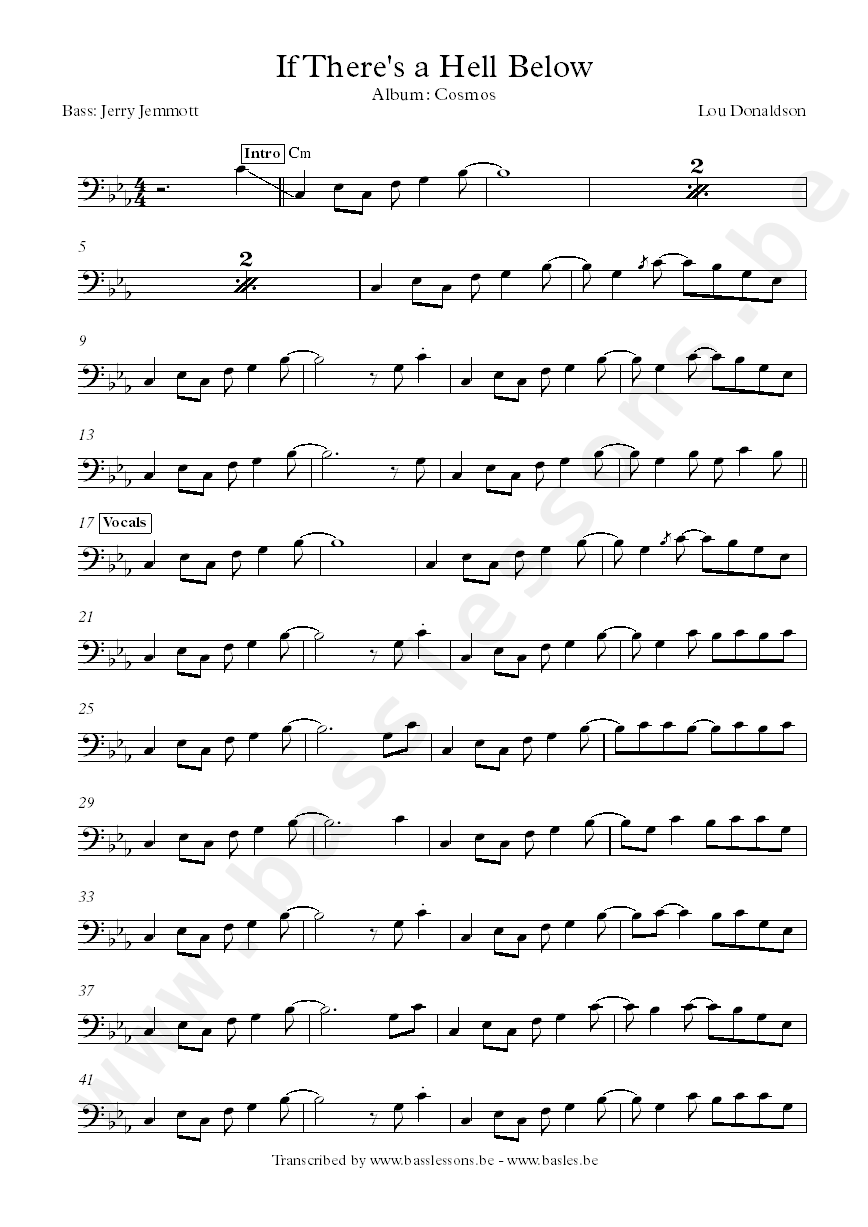 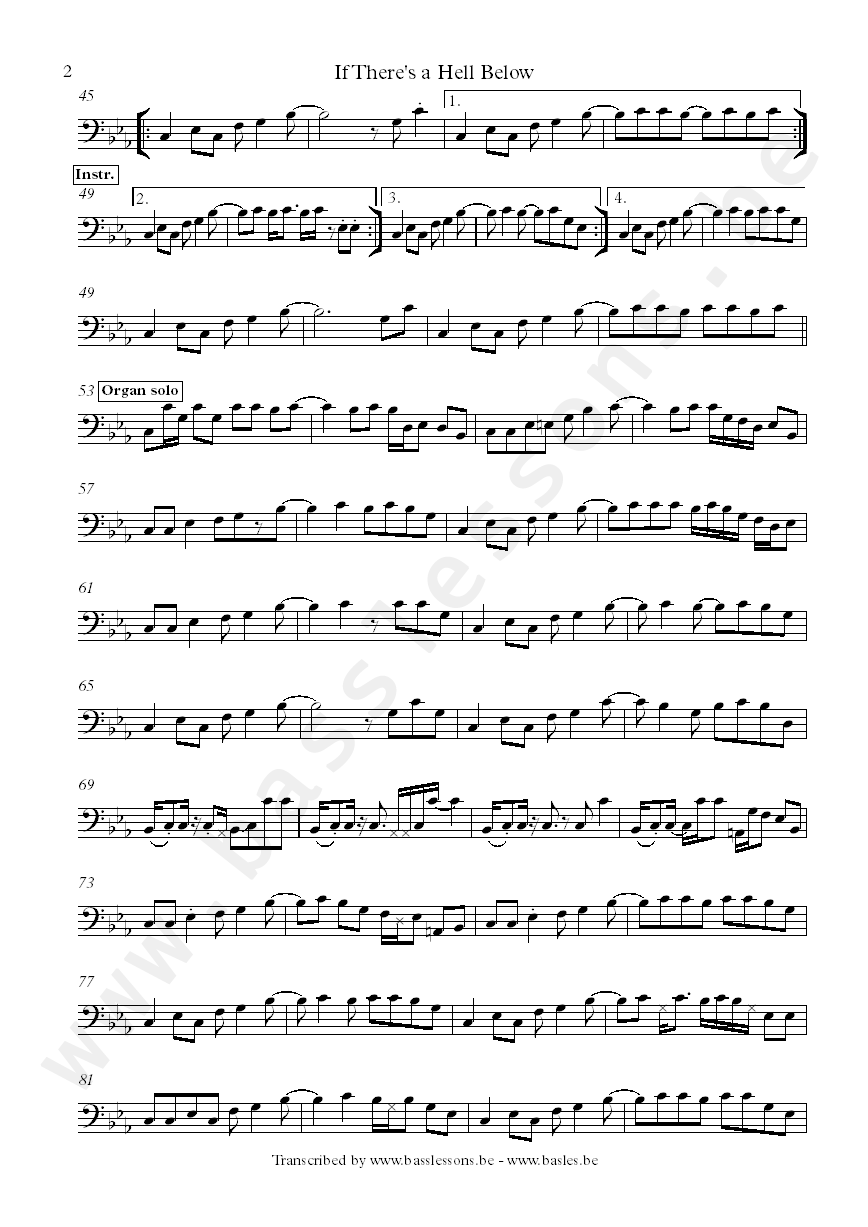 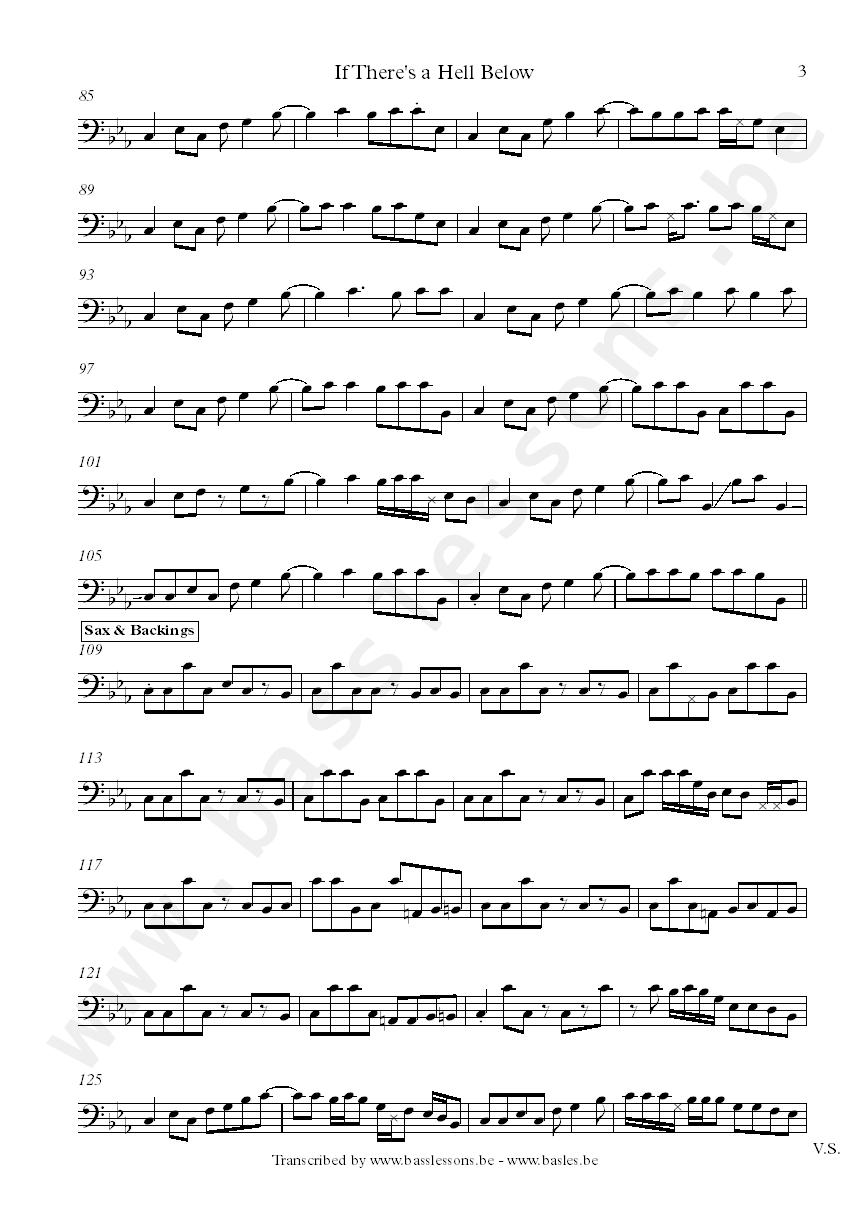 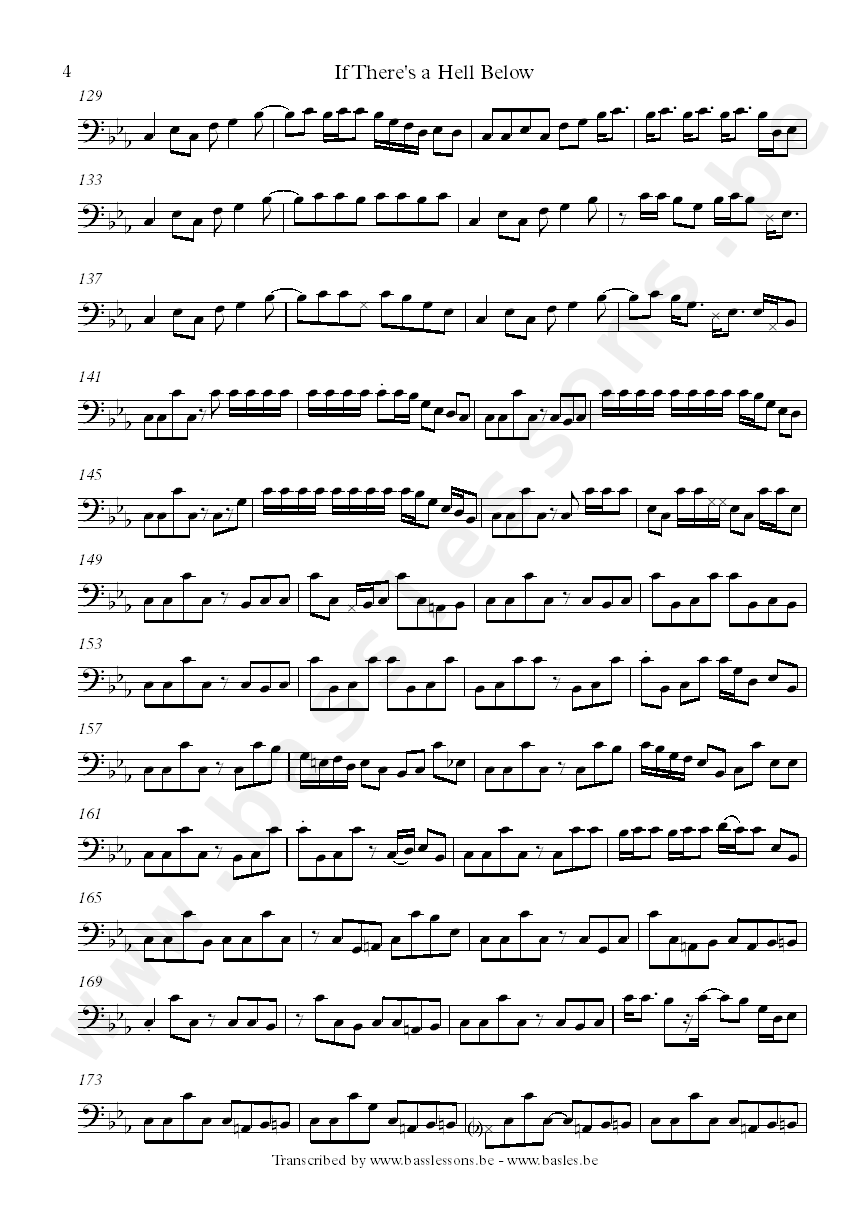 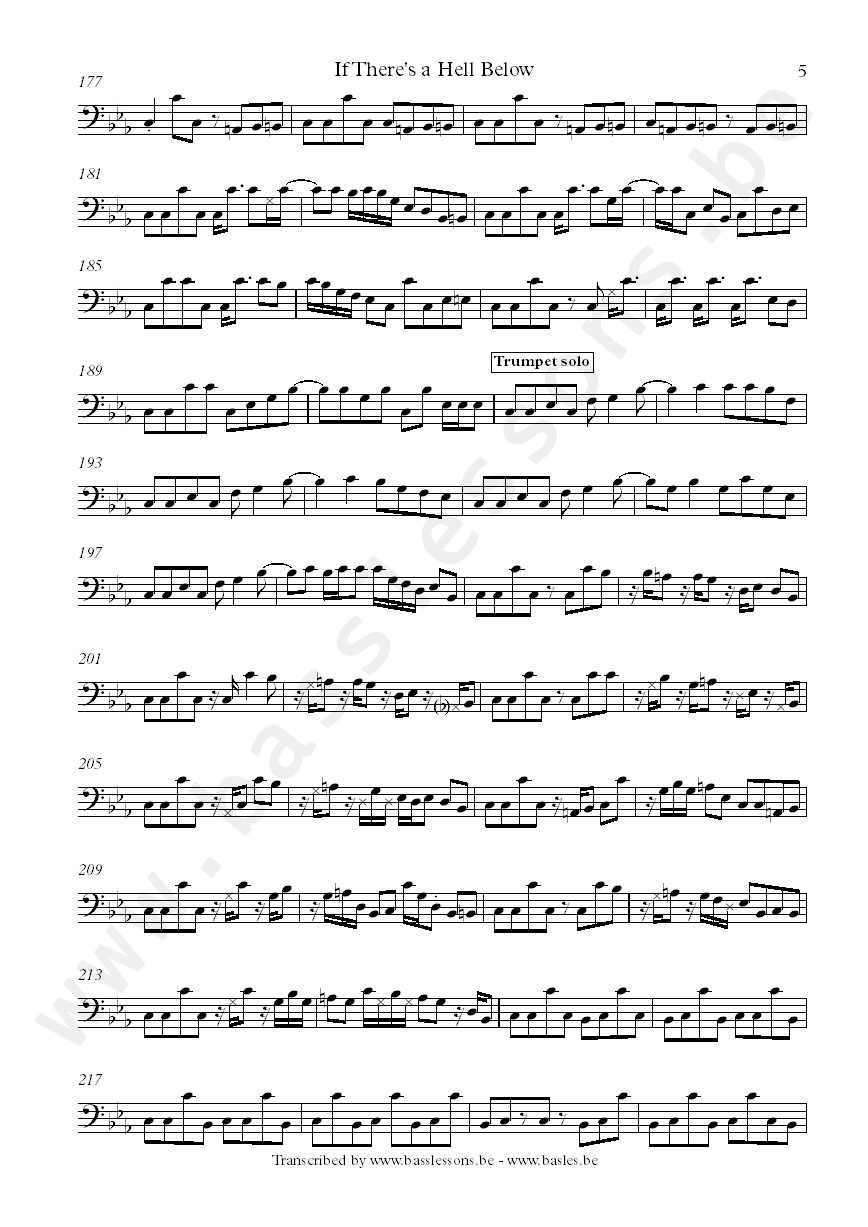 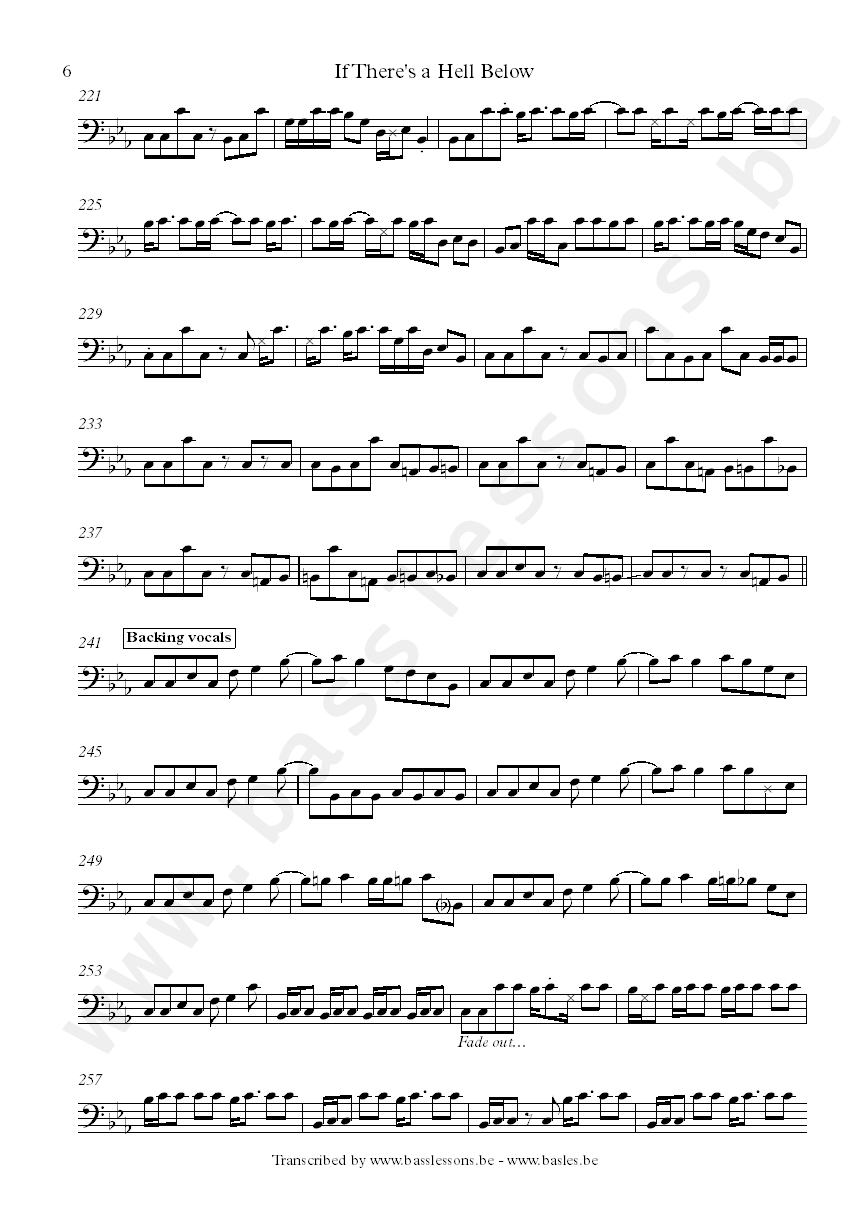 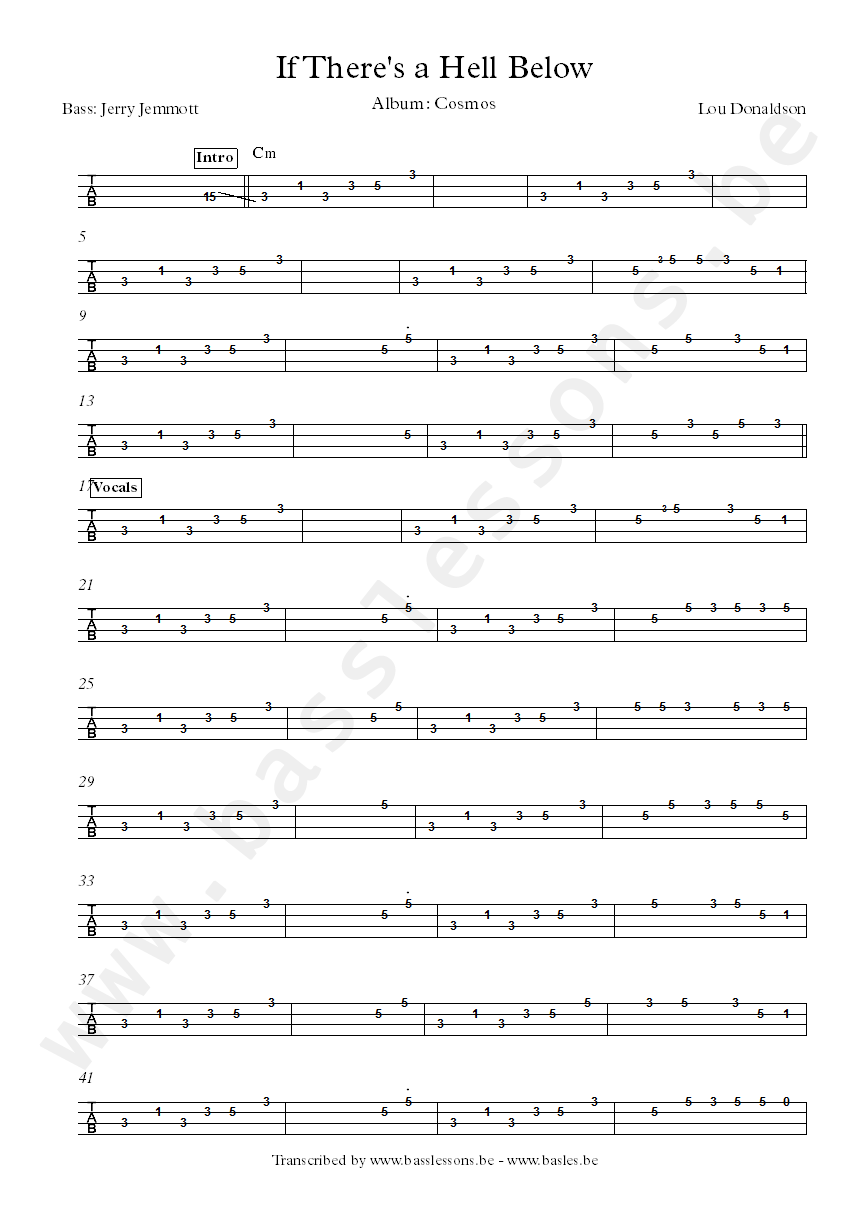 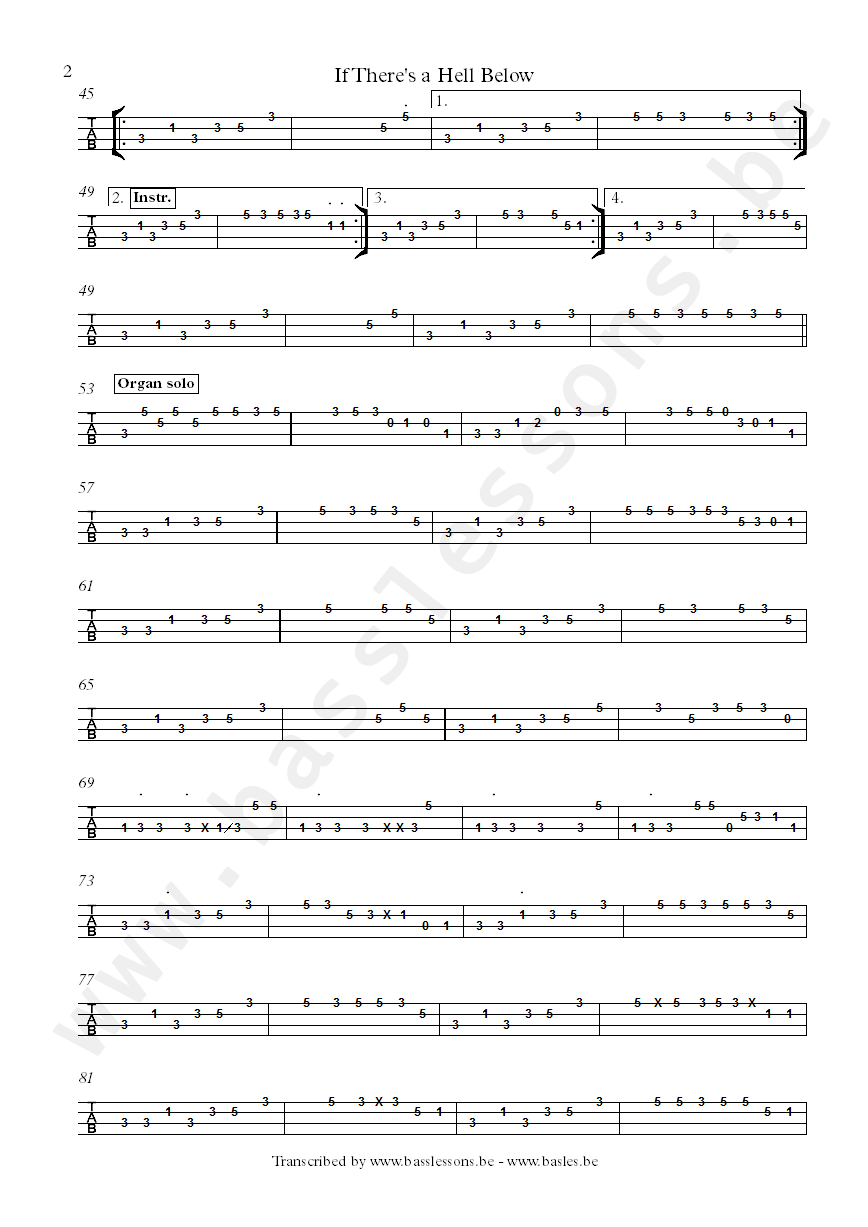 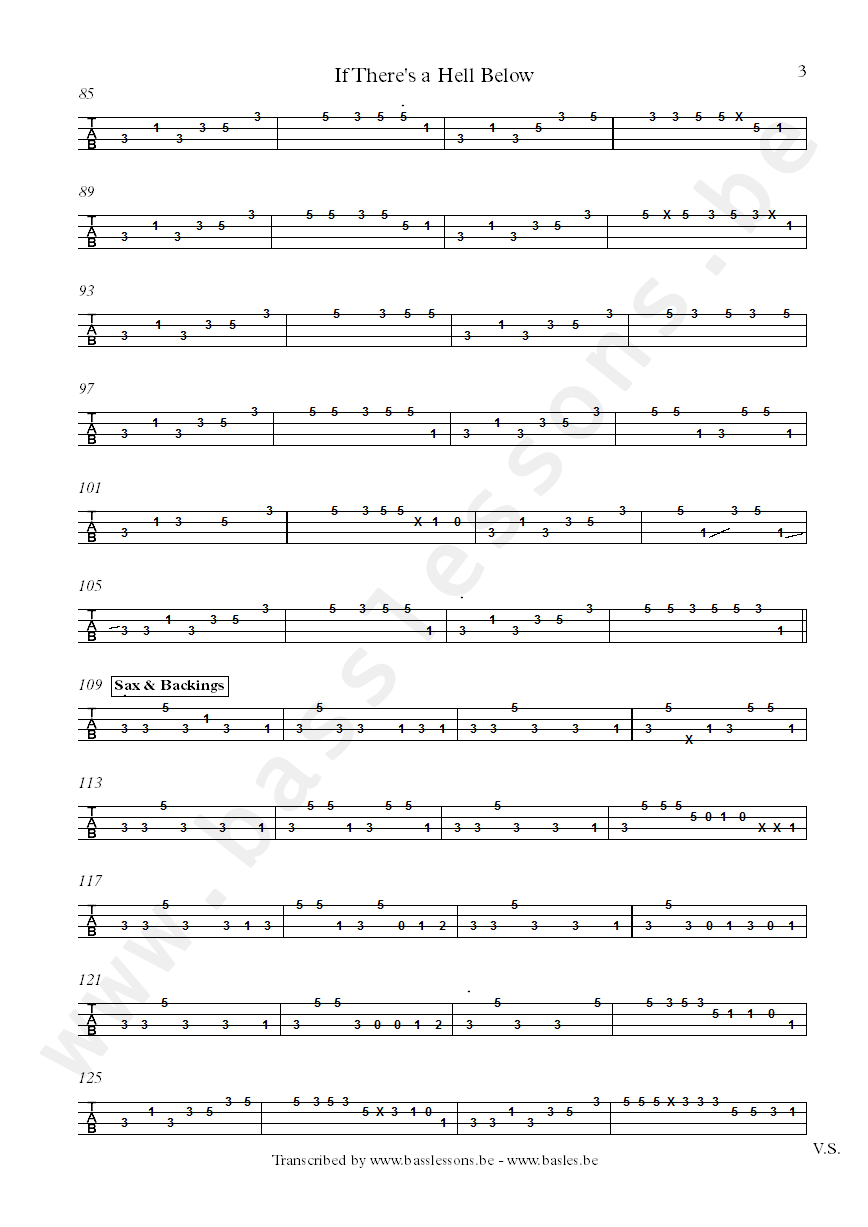 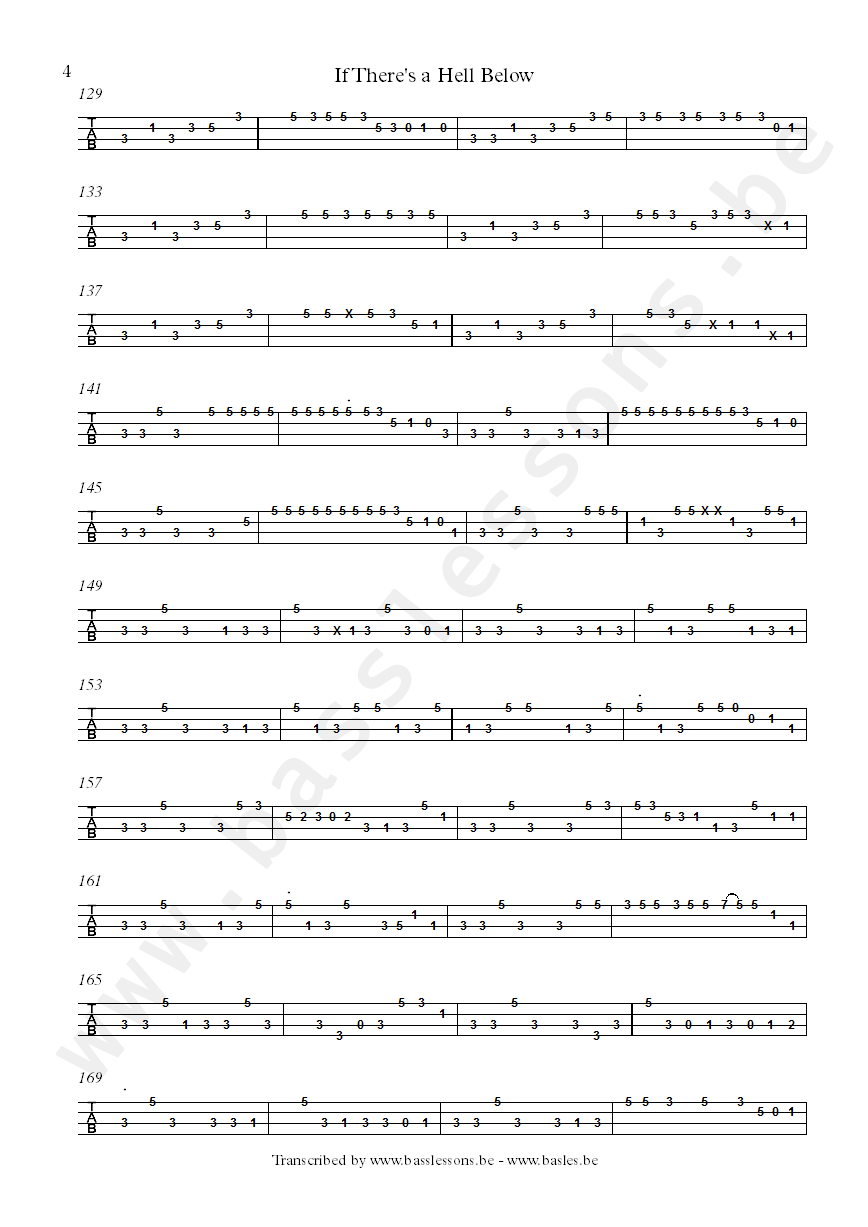 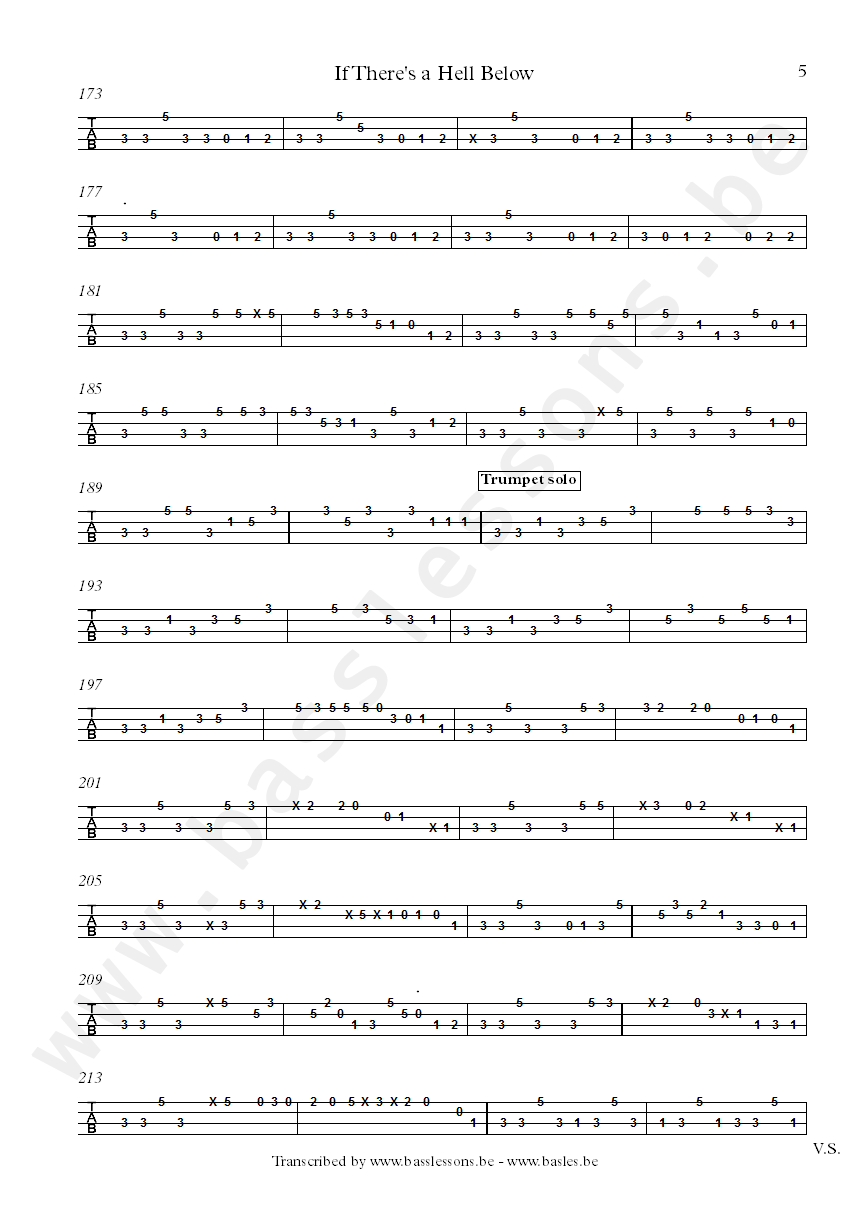 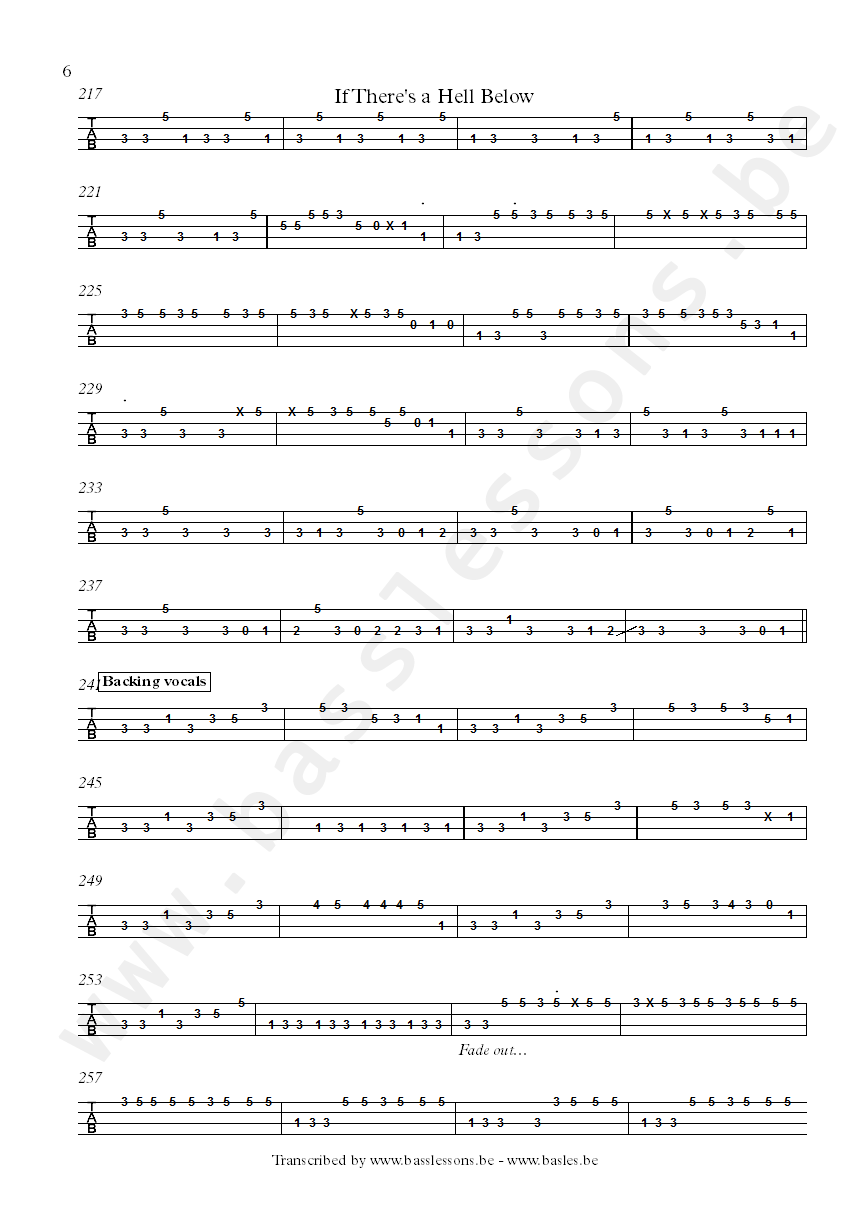